The Four Corners most popular attraction
A UNESCO World Heritage Site since 1978 and considered the largest archaeological preserve and first cultural National Park in the country created in 1906 by president Roosevelt. Mesa Verde, Spanish for green table, offers a spectacular look into the lives of the Ancestral Pueblo people who made it their home for over 700 years, from AD 600 to 1300. Today the park protects nearly 5,000 known archaeological sites, including 600 cliff dwellings. These sites are some of the most notable and best preserved in the United States. 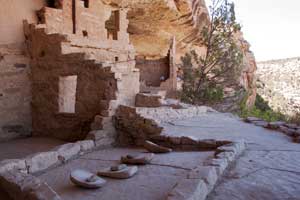 The perfect tour to catch some of the highlights of Mesa Verde National Park while saving time for other activities in the area. 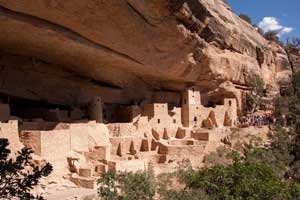 Due to construction and closures at Mesa Verde the Full Day Tour is unavailable for the 2022 season. Our Mesa Verde professionals guide you through time on this comprehensive cultural tour of the Ancestral Pueblo people. On this tour you will visit the park’s most spectacular cliff dwellings while covering the entire history of the park and surrounding area. The trip includes transportation, lunch, park entrance fees, and ranger-guided tour tickets.

Mesa Verde National Park Tour Review on TripAdvisor
Was terrific well worth the time. Learned so much on the history and culture. Frank tailored the info to our interests and really cared that we enjoyed ourselves. We highly recommend the company they provided a positive experience from start to finish. – Raymondd147

Why A Guided Tour of Mesa Verde National Park?